BASEL III: A REVOLUTION THAT NO ONE NOTICED 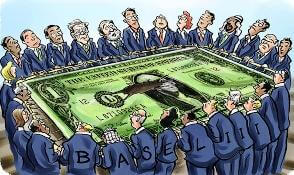 Real revolutions are made not in the squares, but in the silence of the offices, and therefore the world revolution that occurred on March 29, 2019 was not noticed by anyone. Only on the periphery of the information field was a small wave, and the momentum died away, because the situation was described in terms that are not clear to the masses.

There is no “Liberty, equality, brotherhood”, “homeland or death” or “power to the Soviets, peace to the Nations, bread to the hungry, factory workers, land to the peasants” — these are no masterpieces of world populism was not used. And because what happened, in Russia understood several people. And they gave such comments that the masses either did not listen to them, or did not read to the end. Or heard the rest, but nothing not understood.

And in vain, because the world has changed so dramatically that fit Nathan Rothschild, crushing in his hand a cap, climb on an armored rolls-Royce, and shout from him to the whole Universe: “Comrades! The world revolution, the necessity of which the revolutionaries have been talking for so long, has come to pass!”And he would be completely right. Simply, the results of the revolution will be implemented slowly, and therefore they are invisible to the population. But the consequences, however, will soon see absolutely everything, up to the very last cook, not even seeking to learn how to manage the state.

This revolution is called “Basel III”, and it was made by the Bank for international settlements named after the notorious Bernard Baruch. Its essence is as follows: the BIS is headed by the IMF, and that, in turn, the Central banks of all countries. The body of such control is called the BCBS — Basel Committee on banking supervision. This is not some long unsold, the US state Department and Congress are U.S. senators. This is not a stupid Pentagon, a small Ministry of Finance, running around on the CIA or the House of a collective farmer called the white house.

It’s not even controlling all this “wealth” banks of the Federal reserve system of the United States. This is the Government of them all together. That real world Government, which the world is trying not to talk out loud.

BKBN is the Politburo of the world, whose General Secretary is rumored to be comrade Baruch, and the underground composition of the Central Committee is completely secret. He has a lot of euphemisms, the most appropriate of which is “gnomes of Zurich”. This is the name of the Swiss bankers, and then not the owners of commercial banks, namely those sitting in the Swiss city of Basel ordinary-looking men who did not dare to attack even Hitler, who joined the Reich the whole world, but the whole war remained neutral with Switzerland. But, as you know, in Switzerland, except for the Swiss shooters, really the army and no. Who were so afraid of Hitler possessed?

Nevertheless, the “recommendations” issued on 29 March 2019 by the BCBS with the click of their heels were immediately accepted by all the Central banks of the world. And our Russian Central Bank is no exception. This is even the message of the press service of the Central Bank of the Russian Federation, posted on the official website of the Central Bank. It is called “On the timing of the introduction of Basel III.” Planned world revolution was in 2017 (magic dates and numbers or just a coincidence?), and started now.

Its essence is simple. The world has abolished the system of monopoly dollar domination created in 1944 in Bretton woods and reformed in 1976 in Jamaica, where gold was recognized as the equivalent of world money. The dollar became world money, and gold became an ordinary commodity, such as metal or sugar, traded in London on commodity exchanges. True, the weather was determined by only three firms of the London pool, belonging to even fewer owners, but, nevertheless, the filler of the dollar was not gold, but oil.

Since then, we live in such a world

Gold was considered a reserve of the third category for all banks, from Central to commercial, where reserves were primarily in us dollars and bonds. Basel III rules require an increase in, first of all, cash reserves. This linked the volume of monetary resources of banks, which they could make expansion, but was a forced measure to maintain the stability of the global banking system, which in the crisis showed insufficiency.

The decision of Basel III meant that on the balance sheets of the world’s banks gold as a reserve of the third category was previously estimated at 50% of its value. At the same time, all the owners of the world’s money traded gold not in kind, but on paper, without moving the real metal, the volume of which in the world was not enough for real transactions. This was done in order to crush the price of gold, to keep it as low as possible. First of all, it is in the interests of the dollar. After all, the dollar is tied to oil, which should have cost no less than the price of one gram of gold per barrel.

And now “just simply” decided to classify the gold third, and the first category. And so, it is now possible to evaluate not 50, but 100% of its value. This leads to a revaluation of the balance sheet currency. And in applying to Russia, this means that we can now safely, on all legal grounds, pour into the economy almost 3 trillion rubles. To be precise, 2.95 trillion rubles or 45 billion dollars at the exchange rate plus the current balance sheet currency. The CBR can pour this money into our economy on all legal grounds. As he actually will arrive – it isn’t known yet. Haste here without calculating all the consequences of ultrahazardous. Although this emission is considered non-inflationary, in fact it is much more difficult.

In the world for a few months until nothing changes

The reversal will be very slow. The US gold reserve is officially 8133.5 tons, but there is such a thing as a financial multiplier: one gold dollar banks print 20-30 paper-computer. That is, the US can get an additional officially only 170 billion dollars, and taking into account the multiplier of 4.5 trillion dollars. This explains why the fed is holding back the growth of the discount rate and still retains the rate of decline in the balance sheet — fear of a jump in hyperinflation.

But all the major States, gold holders, will now overestimate their gold and foreign exchange reserves. These are Germany, Italy, France, Russia, China and Switzerland — countries where the gold reserve exceeds 1 thousand tons. Note — in this list there is no inflated Britain. Its reserves are less than 1000 tons. Experts suspect that perhaps not coincidentally coincided with the date of withdrawal of Britain from the EU with the date of Basel III. The increased financial power of Europe’s leaders Germany and France is able to completely complete the defeat of Britain on the European continent. I had to get out of here as fast as I could.

Thus, we can be congratulated – the era of the dollar, which lasts from 1944 to 2019, is over. Now gold is restored in its rights and is not a stock metal, and world money on a par with the dollar, the Euro and the British pound. Now gold will become more expensive, and its price will rise from 1200-1400 dollars per Troy ounce to 1800-2000 dollars by this autumn. Now it is clear why Russia and China all these years so persistently poured the income from exports into the growth of gold reserves. There is a situation when no one will sell gold in the world now.

In the US, this money can be used to repay astronomical debt. Perhaps this was not the last motive for this decision of Zurich. But the main thing is an attempt to slip out from under the leaning tower of Pisa dollar.

Since the dollar and oil are linked, the rise in the price of gold will pull the rise in oil prices. Now a barrel is worth as much as 1,627 grams of gold. Rising prices will cause the collapse of the world economy, where 85% of the dollar money supply is spinning in stock surrogates such as stocks, bonds and treasuries. The exchange will not be able to connect such additional mass of money any more.

Oil will be good, even perhaps best of all, but not for long

The collapse of the economy because of the expensive oil will be the collapse of the oil industry. This is the main reason why our rights to additional emissions may well remain unused in full, although the gift in this form will not be completely ignored. Putin’s may decrees in the current context are understood quite differently. Russia is running away from the oil model of the economy in all ways. Including political reforms and change of elites.

However, why the decision of Basel is the revolution?

Because in the autumn of the world economy will begin a financial flood. This will lead to the acceleration of separation from the dollar system by Russia and China and the collapse of the economies that are completely hanging on the dollar — these are us vassals. They’ll be the worst. This means that the reason to go the distance between the EU and the US will increase significantly. The world is waiting for the redrawing of the map of global unions. 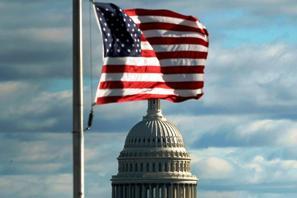 THE UNITED STATES CAN NO LONGER CONTROL THE WORLD

And the redrawing of these unions will be carried out not least by military methods. Or with their partial use, but one way or another, power arguments in the world will be added to the level of almost guaranteed war. “Almost” is our hope for salvation, as the US is losing all the basic tools of influence on this world. In addition to strength.

But not for the “Zurich dwarves” created this world, so that the United States simply turned it into radiation ash. The US will be watered with cold water as an emergency nuclear reactor, and the world has entered a period of the most global transformations over the past few centuries. Revolution about which so long spoke to those who waited, and those who feared it, had begun. Please fasten your seat belts and do not smoke, the commander of the ship and the crew wish you a pleasant flight.