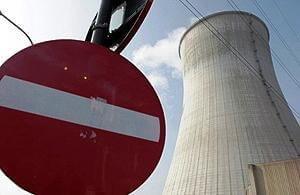 The issue of creation of industrial capacities in Ukraine is a question of guarantees of supply of the electric power. The thing is that investing in the industry, any investor should be confident in the issue of providing electricity for decades to come: for the payback period of the project (7-15 years) and the life cycle of the enterprise, to obtain a stable profit.

Of course, you can produce energy yourself, and invest in a small power plant at the enterprise. Here only very high cost of production of such electric power: it should be made on gas (the simplest variant) or on coal-but guarantees of providing Ukraine with coal aren’t present, as well as deep-water ports for its favorable import from Africa or Australia.

More than 50% of electricity in Ukraine is produced at nuclear power plants built mainly in the USSR-several units were completed in the years of independence, the design life of many power units ends. In particular, extended operation life 10 of the 14 BMU such nuclear power plants: 4 out of 6 of the blocks of Zaporizhzhya NPP, 3 of the 4 units of the Rivne NPP, 2 of 3 blocks of South-Ukrainian NPP, the issue of extended operation on the 1st of the 2 units at Khmelnitsky NPP.

The picture of the inevitable decommissioning of nuclear reactors in Ukraine is as follows:

In other words, Ukraine will face a shortage of electricity in the foreseeable future – therefore, it is already negotiating the purchase of electricity with Belarus, which is building a nuclear power plant on its territory.

It is impossible to replace it with coal-based energy (like China, Japan and other countries): Donbass is lost and even if it returns, it will be impossible to restore the coal industry with the previous volumes of production. In addition, there are no deep-water ports to import cheap coal. And most importantly, within the framework of European integration, EU norms are being implemented, limiting the harmful burning of coal for the environment. Electricity production using gas is expensive – only Germany or countries with their own gas production can afford it.

To build a nuclear power plant of a different project (not Russian), Ukraine will also not be able for the following reasons:

1. Each block involves investments from $5 to $10 billion, which are not in the budget of Ukraine, and Western investors will not give such amounts – what is the point of developing a competitive German, French or American industry in Ukraine, creating conditions for the production of cheap electric power?

2. In the United States, the paralysis of the nuclear industry-they were unable to build nuclear units at a normal price of $ 4-8 billion, so they will not implement such projects in Ukraine.

3. France is facing the problem of re-engineering after the accident at NPP Fukushima and not be able to massively export.

4. Canada’s heavy-water units have identified many problems during their many years of operation, so their export to Ukraine is unlikely (they are built in Korea and China).

5. China is still importing blocks, so it will not be able to build them on credit to Ukraine.

6. Japan’s nuclear power industry itself is in crisis.

The question is acute: either negotiate with Russia on the construction of new power units on credit, as proposed by Egypt, or Ukraine will become an energy deficit state – that is, will import expensive electricity. Since the design and construction cycle takes about 10 years – and may require more time – these negotiations should be underway now. If they are not present or they are not effective: about any investments in the industry of Ukraine there can be no speech. This means that deindustrialization and degradation to the level of a backward agar state will continue.

The Ukrainian authorities face two questions: the first-where to get $50 billion (10 gigawatt power units), the second-whose reactors to put, if for the current government in Kiev with Russia somehow not too politically correct?