Classical military science set and solved the problem of creating chaos in such a “frontal”, linear way. Meanwhile, since the 70s of the twentieth century in the turnover of military strategizing begin to enter the idea of nonlinear theory of complex systems. These ideas put forward by non-linear thermodynamics, catastrophe theory, synergetics, the theory of fractals, theory of nonequilibrium self-organization, etc., is sometimes United under the General cap “on non-linear science of complexity”, or “the science of chaos.”

Without outlining the idea of this science as a whole, I will give only the most important conclusions for us.

First, there are complex open (i.e. interacting with the external environment) systems.

The third – both of these processes are possible only under the condition that the system has (or is introduced into) specific “germs” of chaos or order, called attractors. Moreover, the transition of order to chaos and Vice versa in such systems, as a rule, occurs very quickly, which is determined by the expression “the fall of the system on the attractor”.

Attractors can be some properties of the system environment, conditions at the boundaries of the system, external impulses, etc.an Important property of jumps “order–chaos–order” in such systems is that there can be several attractors, and on which of them the system “falls” – it is very difficult or almost impossible to predict.

Back in the 70-80-ies of the twentieth century, there were studies that interpret some social and political processes in terms of “falling on the attractor.” Then it seemed that it is-speculative exotic. But soon held “velvet revolution” in Eastern Europe, the collapse of Yugoslavia and the collapse of the USSR. These global changes have occurred too quickly for large socio-political systems, which have always had a great historical inertia. That forced to treat political ideas of “nonlinear management of chaos” with full seriousness.

At first, such groups were engaged only in the withdrawal from the crisis state of business corporations. However, soon the activity of some crisis management groups was revealed in purely political processes. And it quickly became clear that many of those groups were engaged not in resolving but in constructing crises, and it was in the spirit of “creating chaos”. We know that the development of many military and political crises-for example, in Karabakh, Tajikistan, Bosnia, Albania, Kosovo, and a number of other “hot spots” – has not been without the active participation of such groups.

Most often, the activity of such groups was clearly or implicitly viewed by the organizing will of certain States, their intelligence agencies or major business corporations. However, in some cases there were independent “think tanks”, groups of bloggers, private military companies that carried out their own (sometimes blatantly inconsistent with the logic of any organized management)”chaotic crisis management”.

The actions of such groups are as follows

Here it is necessary to stipulate that in almost any system there are always certain internal contradictions (and, accordingly, some internal chaos), under the influence of which its self-development takes place. However, the concept of “controlled urgency” we are talking about something else. Such effects on the system, with the objectives of its profound disorganization, until the complete collapse of the system connectivity. And then either immerse the system deeper into chaos, or construct in it the order formats necessary for the attacking subject.

That is, in this case we are talking about the fact that prepared and possessing the necessary tools crisis management groups can create certain attractors of chaos and order in the social and state system of the enemy due to “point” weak effects. And thus manage the system for the benefit of their owners. Change order, transform chaos into new forms…

In this case, a necessary condition is the presence / creation in the attacked system of such “weak points” (“pain points”), which are already in a state close to the critical. And in which it does not require too much effort to cause an “avalanche” fall to the desired attractor.

It may seem that this model is purely theoretical 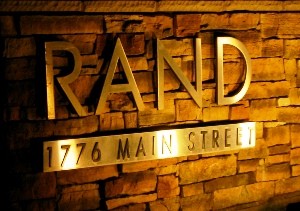 However, in 1984 in the United States under the auspices of the Pentagon and the state Department was created a “Institute of Santa Fe” (otherwise called “Institute of critical complexity”). One of its founders was the famous physicist, author of the theory of quarks and Nobel laureate, Murray Gell-Mann. The staff was recruited from scientists, diplomats, retired military and special services. Analysts of RAND Corporation and other non-governmental and state agencies are involved in the work.

The theoretical Foundation of the Institute’s activities was the work of Ilya Prigogine (“Order from chaos”), Mitchell Waldrop (“Complexity: a new science at the turn of order and chaos”) and Stephen Levin (“Complexity: life on the verge of chaos”). The main goal is to adapt the theory to applied military tasks. A special achievement of the Institute of Santa Fe, stated on its website-that “nonlinear dynamics” and “theory of complexity” since 1994 officially “adopted” (that is used at the level of combat manuals) by the American marine Corps.

The Santa Fe Institute publishes articles and monographs on the subject of “critical complexity”, holds “open” and “closed” conferences. At one of the” open ” conferences in 1996, among the main speakers were, for example, Murray Gell-Mann, Zbigniew Brzezinski, Carl bilder, James Rosenau, Robert Maxfield, Stephen Mann. Titles of reports: “reaction to chaos”, “Clausewitz, nonlinearity and meaning of imagery”, “Chaos, complexity and war”, etc.

For us from the listed figures Stephen Mann is the most interesting. This high-status diplomat since 1976 specializes in the USSR, and then in Russia and the CIS. He worked in different countries of the world, was a member of the group of continuous crisis monitoring at the state Department. Graduated with honors from the national military College, supervised Russia and Eastern Europe in the office of the Secretary of defense. In 1998-2001 he was U.S. Ambassador to Turkmenistan, then senior Advisor to the state Department for energy diplomacy in the Caspian basin, then special representative of the U.S. President for Eurasian conflicts. Currently, he is a senior Advisor to ExxonMobil on external intergovernmental relations.

Stephen Mann has been studying chaos theory for a long time. Back in the late 80’s, he conducted a study of Clausewitz’s work “on war” through the prism of chaos theory. And in 1992 he published in the quarterly publication of the Pentagon “Settings” article “chaos Theory and strategic thought”.

In this article, Mann writes: “Even in the absence of external shocks, a successful complex system includes factors that push the system beyond stability, into turbulence and reformatting… We can learn a lot if we consider chaos and regrouping as an opportunity rather than striving for stability as an illusory goal…”

Does this remind you of the statement by us Secretary of state Condoleezza rice at Cairo University in 2005? The one in which she reported that America in the middle East is abandoning stability and opening the way to the “hard work of democracy”?

But back to Stephen Mann: “the international environment is an excellent example of a chaotic system… “self-organized criticality.”.. corresponds to it as a means of analysis… The world is doomed to be chaotic because the diverse actors of human politics are in a dynamic system… they have different goals and values.”

“The world is doomed to be chaotic” – is not it a strong statement in the era of Clinton and American statements about the desire to establish a good global order by all means? And Mann continues: “Every actor in politically critical systems produces the energy of conflict …which provokes a change in the status quo, thus participating in the creation of a critical state… and any course leads the state of Affairs to the inevitable cataclysmic reorganization.”

Clearly said. The main thing is to put the system in a state of “political criticality”. And then, under certain conditions, it will inevitably plunge itself into cataclysms of chaos and “reconstruction”!

However, what are the conditions? Mann explains: “Conflict energy has been at the core of human properties since the individual became the basic unit of global structures…”.

Like this! It is individualism that blocks the purposeful connection of private human aspirations and will into a single historical will, which is the source of conflicts that guarantee the immersion of the attacked system into “cataclysms of chaos”! Therefore, total individualism must become an irrefutable social axiom!

Then Stephen Mann explains how to achieve this: “…the ideological support of each of us is programmed. The energy change of the conflict people …guide them on the path that is desirable for our national security goals, so we need to change the software. As hackers show, the most aggressive method of program substitution is associated with a”virus”. But isn’t ideology just another name for a software-based human virus?… With this ideological virus as our weapon, the United States will be able to wage the most powerful biological war and choose, based on the national security strategy, what goals-people need to infect with the ideologies of democratic pluralism and respect for individual human rights.”

“Hackers” and “software virus” in 1992, when the computer was still a rarity… It is felt that Mann was already in this area a man quite advanced. But this particular. Much more important than his arguments about” ideological contagion “addressing the concepts of” the end of history “by Francis Fukuyama and” soft power ” by Joseph Nye. And explaining exactly what you need to infect enemies.

And Mann continues, ” S…American. ..with the benefits of communication and the increasing opportunities for global movement, the virus will be self-replicating and will spread in a chaotic way. Therefore, our national security will have the best guarantees…”And further:” This is the only way to build a long-term world order (although, as we see, absolute permanence can never be achieved)… If we fail to achieve such ideological change around the world, we will have sporadic periods of calm between catastrophic transformations.”

Mann’s words about the ” world order “here is a tribute to”political correctness”. Because in his report – and above and below – we are talking exclusively about chaos. In which, judging by Mann’s allusions to” the best guarantees of US national security, “only America will be able to survive as an” island of order “in an ocean of” manageable criticality ” (that is, global chaos).

And four years later, in 1996, Stephen Mann makes the above-mentioned Conference at the Institute of Santa Fe report “Reaction to chaos”, which develops the concept of” controlled chaos ” is quite frankly and specifically.