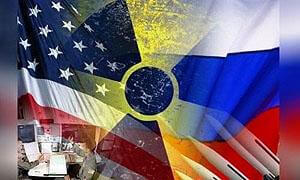 The US could not give up Russian uranium. The us President did not agree with the proposals of a special working group trying to solve the problem of dependence of the country’s industry on Russian uranium supplies. Trump refused to impose restrictions on imports and gave experts thirty days to develop other recommendations to save the American nuclear industry.

Referring to the us Department of Commerce, they said that “the consumption of own uranium in the us military industry and electricity industry has collapsed from 49 to five percent” and demanded to protect them from competition from Russian state-owned companies.

The study of the situation in the nuclear industry-from uranium mining to its enrichment and use in the defense sector and energy-took experts of the Ministry of trade more than a year. They outlined their findings in a report presented to Donald Trump three months ago. “Now the United States is almost completely dependent on uranium supplies from abroad, with the bulk of their volume falling on Rosatom’s subsidiaries,” the document says.

To remedy the situation, the President proposed to establish a mandatory quota for the use of uranium mined in the US industry-at least 25 percent. Experts noted that Energy Fuels and Ur-Energy’s current production capacity is only 13 percent and nine percent used, respectively, so output could be increased many times over.

Donald Trump, however, refused to impose a quota and ordered the creation of a working group under the President, which should find ways to rid America of uranium dependence. On October 15, 2019, the members of the group presented a report to the President, the essence of which was that without administrative restrictions on imports, the problem could not be solved.

The frustrated head of the White house sent experts to think for another month. However, the chances that a solution to the uranium issue will be found are close to zero.

The American nuclear complex faced problems in the eighties of the last century. For uranium enrichment in the United States historically used inefficient and expensive gas diffusion technology, while the Soviet Union was considered the world leader in methods of uranium enrichment in centrifuges. Suffice it to note that the Soviet version required 50 times less electricity than the American.

Therefore, immediately after the end of the cold war, the Americans began to buy Russian enriched uranium for their nuclear power plants — it cost them about 12 times cheaper than the domestic one. Deliveries of nuclear fuel to the United States were started by the Soviet “Techsnabexport ” in 1987 and subsequently constantly increased.

The surplus of Soviet low-enriched uranium quickly ran out, but thanks to the reduction of the Arsenal of nuclear weapons, Russia formed 500 tons of free weapons-grade (highly enriched) uranium extracted from dismantled nuclear munitions. The specialists of the two countries had the idea to “dilute” it, turning it into fuel for American nuclear power plants.

In 1994, the parties signed a contract under which Russia provided services to the United States to convert half a thousand tons of weapons-grade uranium into fuel for power plants (the corresponding technology was developed by specialists of the Ural electrochemical plant). In 2013, when all this volume was processed, the United States signed a new contract with Techsnabexport — now for the enrichment of American uranium in Russia.

However, there was a legal problem: the supply of natural uranium from the United States to Russia were prohibited by American laws. Washington officials found a brilliant solution: they organized the purchase by Rosatom of the canadian company Uranium One, which provided the bulk of natural uranium supplies to the United States from its mines in Australia, Canada, Kazakhstan, South Africa, Tanzania. As a result, Rosatom acquired not only a channel for trade in nuclear fuel with the United States, bypassing legal restrictions, but also a huge raw material base.

U.S. energy companies, in turn, have saved billions of dollars by buying Russian uranium. But since the lion’s share of the needs of American nuclear power plants in uranium enrichment services provided “Techsnabexport”, the United States to date has almost lost competence in this area.

RUSSIA HAS A CONTROLLING STAKE IN NUCLEAR ENERGY

So the introduction of a minimum quota for the use of its own uranium will not in any way weaken the us dependence on Russia in the nuclear sphere: for services to enrich it, the Americans will still have to turn to Rosatom. And in itself, the increase in its own production looks problematic. And it’s not even about uranium mining.

Production is mainly conducted in Australia, Kazakhstan, Canada, there is still somewhere in Africa. There is like as and in China and Mongolia. And the prey can be made less harmful, that is, there would be a desire. Especially since uranium often comes with other valuable things, such as gold. But what stops the Americans is the cost of creating a whole system of processing uranium ore and enriching uranium (Yes, the notorious centrifuges!).

And yet, it is often said that the us uranium industry sits on the Russian “needle”, so, the concept of a needle here is quite real. In Russia, uranium is enriched in centrifuges — these are barrels 1.2 meters high. This centrifuge needs to be untwisted to a speed of 1200 revolutions per second (not per minute but per second). No bearings can withstand such speeds. Therefore, in the 40s, an ingenious solution was found, which is still used today — the rotor of a gas centrifuge used for uranium enrichment, rests on a corundum base with a thin needle. Therefore, the Soviet – Russian method of uranium enrichment is called “on the needle”.