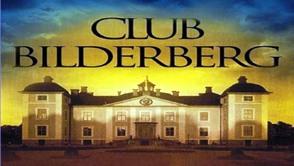 Contrary to Diana Johnstone’s recent claim that the escalating crisis between the US and Russia “began in Yalta in September 2013” (Counterpunch, Dec. 9), we really need to go back a little further to the past, to the Bilderberg club meeting in Chantilly, Virginia, in may 2012. Fear of being called “followers of the conspiracy theory,” most journalists avoid mentioning Bilderberg – the annual Conclave, which brings together the rich influential figures for discussion and attempts to direct ongoing world events.

But if journalism is a so – called” draft of history”, not to include the Bilderberg club in the script-means to distort all attempts of modern understanding of the crisis, similar to what is happening between Russia and the West.

Daniel Estulin, an outstanding (not part of the club) expert on the Bilderberg club, reported in June 2012 that the” main headache “of the Bilderberg conference in may 2012 was the President of Russia Vladimir Putin because of his “opposition to the wars in Syria and Iran”, “aggressive rejection of the encirclement of Russia by American bases”, “perseverance in establishing full state sovereignty” and plans to lay another gas pipeline to Europe (“South Stream”), which ” could turn into Russia’s main victory» – at the expense of competing plans (the Nabucco pipeline) backed by Bilderberg.

About 30% of Western European natural gas comes from Russia, most of it is provided by a network of pipelines concentrated in Ukraine.

Estulin noted the” campaign to de-legitimize Putin “by the Bilderberg club, funded by”some extremely angry and influential Anglo-American elites.” At the 2012 conference was attended by the highest officials of Royal Dutch Shell (CEO Peter Voser and Chairman of the Board of Directors Jorma Ollila) and BP (CEO Robert Dudley). The then Senator from Massachusetts John Kerry, now us Secretary of state, was also present there.

Given the seven participants from Canada at the may 2012 Bilderberg conference – and among them was then chief of staff and now Prime Minister Stephen Harper-I have repeatedly argued that the Bilderberg conference probably tacitly approved the Energy East pipeline, the Trans Canada Corporation project. This pipeline – designed as an alternative to the us-blocked Keystone XL-was conceived to supply oil from bituminous sandstones to the Atlantic coast for further exports, including to Europe.

I recently discovered that the disclosure of John Kerry’s Federal financial statements in January 2013 reveals his investments in two calgary-based producers of bituminous Sandstone oil: Suncor and Cenovus Energy. Both companies support the Energy East pipeline as an alternative to Keystone XL for export. Therefore, it is obvious that John Kerry, a shareholder of oil production from bituminous sandstones, participated in discussions on the demonization of Putin on behalf of Western oil interests.

The EU, alarmed by the long-term fuel needs, now varies with respect to the implementation of the Directive on fuel quality – Fuel Quality Directive (FQD), which will limit the import of heavy oil, like oil from tar Sands. The canadian business press recently reported ,” for all the uncertainty in both Europe and Russia, the Outlook for Canada is favorable,” as it “may well push EU politicians to finally approve canadian oil imports.” [5] without any parliamentary debate, Prime Minister Harper sent canadian troops to NATO exercises in may 2014 related to the events in Ukraine, and it was he who became Putin’s persistent opponent on the world stage.

Interestingly, Daniel Estulin further reports that at the Bilderberg conference in may 2012 “… one of the European participants of the Bilderberg club openly admitted that “Putin is unconditionally the most formidable opponent to our plans on the world stage”.

What significantly complicates the position of the Bilderberg club is the moral position of Putin, which consists in”protecting and promoting Russia’s national interests.”

In other words, Putin did nothing wrong, and the participants of the Bilderberg club know it. But he stands in the way of” our plans”, whatever they may be.