WHY WERE THE CHILDREN OF THE USSR DIFFERENT? 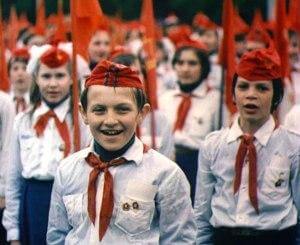 As the famous French writer Antoine de Saint-Exupery said – we all come from childhood. That’s just the childhood of those who were a child before the early nineties and after, different. And it is so different that sometimes you wonder how we “dinosaurs of the past” managed to live up to the present. In our time in cars there were no belts and airbags, and it revolted nobody, even Gai officers.

Our rooms, beds and toys were not painted with special environmentally friendly dyes. Medicines were not covered with secret lids. Steel doors were not equipped with combination locks, and locked cabinets were only in furniture factories.

It had never occurred to anyone that you couldn’t drink tap water. We didn’t wear a safety helmet before we got on the bike. With our own hands, we made improvised vehicles out of planks and bearings found in the landfill, and did not suspect that the brake is an integral part of the design of any of them.

We walked as much as we wanted. They left early in the morning for school, and returned from it long after midnight. My parents could only guess where we were hanging out. Cell phones didn’t exist.

Just imagine-we broke bones, cut hands, lost teeth. They fought like hell, but no one sued each other. We were responsible for our own mistakes! We didn’t pay attention to the bruises, bumps and abrasions. Men don’t cry! And we didn’t cry.

We ate everything: cakes, ice cream, candy, bacon and bread and did not get fat! The nuclear reactor inside our bodies did not allow us to remain motionless for long, we were all sea captains, army generals and outstanding players in football. We were not afraid to drink from someone else’s bottle, chew someone else’s gum, eat from one plate with another. Our natural immunity was more powerful than modern pharmaceuticals.

Game consoles, computers, cell phones, video players-all these things simply did not exist in our time. We were going to noisy crowd at the nearest TV receiver that would watch your favorite.

But we knew how to be friends and cherish friends

We got together just to chat, he lit the fire behind the garage, Hiking in the woods was an everyday thing. And all this we did ourselves, without demand, without the knowledge of parents, teachers and police! We loaded the samopaly match heads, they built huts in the trees, dived into the water from the rope swing! We went and enrolled in sports clubs and ship-modeling clubs. Not all of us have become great athletes, but life has taught us to fight, to win, to suffer defeats and disappointments. We became stronger and more responsible. 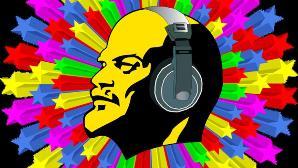 WHY THE YOUNGER GENERATION IN THE US CHOOSES SOCIALISM

How did we learn?” Five-point rating system! For “especially gifted” – the second year of study in one class. Fives in the diary with practical knowledge of the subject on 3. How did we manage to remember so many poems, to love Chekhov, Bulgakov, Dostoevsky? Why do we write without mistakes? How do we manage, after 30 years of training, to help our grandchildren solve arithmetic problems?

Perhaps we all can because we did everything for real: friends, fighting, falling in love and feuding. We didn’t hide behind our “cool” relatives. Did not pay off from army and militia. It was a matter of honor and conscience to answer for what he had done. And our parents hardly interfered in our Affairs.

We are contemptuously called “scoops”, forgetting that it was “scoops” created one of the most powerful States in the world! What exactly “scoops”, still, are ready to risk both health and life for wellbeing of the homeland!

And even if we have not learned to earn “loot” and we absolutely do not care about “Western values”, but we are able to understand the main thing-the world is ruled by good, love and conscience.

I congratulate all those who consider themselves among the generations born in the USSR. We were led, Western political strategists did not have time to take away our self-esteem, replacing it with the eternal gum of virtual mass media.