ECUMENICAL OPENNESS AND ITS RESULTS 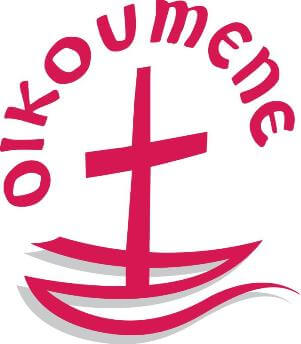 Strengthening the international influence of the Vatican accompanied by widening external openness of Catholicism and active part in the Ecumenical movement, committed with “purification of the historical memory” working on “reconciling” with other religions. If the second Vatican Council only outlined this restructuring of consciousness, then John Paul II brought it to its logical end.

The image of the Vatican as a conciliator was created during the transition to the final stage of the collapse of the USSR, so that the” theology of morality ” of John Paul II served as an excellent justification for the need to move from confrontation to dialogue between East and West. In his summary report, which the Pontiff presented at a meeting of the European Parliament on October 11, 1988, he said: “the times have come favorable: peace on Earth, cooperation between States, human rights, democracy-all this has entered the mass consciousness.”

The policy of John Paul II was distinguished by deliberate openness: in 1986, he appealed to representatives of the leading religions of the world to organize a “world day of prayer for peace”, choosing for this unique event the city of Assisi, where about 60 delegations of Christian and non-Christian denominations arrived. For the purpose of reconciliation, the Pontiff undertook an unprecedented campaign of repentance, which consisted in recognizing the responsibility and guilt of the entire Catholic community in various areas of its activities over the past ten centuries, the culmination of which was the so-called “examination of conscience”, proclaimed in 1994. The Pope’s self-critical statements were made in relation to Galileo, the schism of the churches, the Inquisition, the Crusades, the responsibility of the Catholics for the wars, for the behavior of the American Indians and Negroes, for the integrists, for the split with the East.

One of the important results of the policy of “building bridges” was the rapprochement with the Lutherans. John Paul II became the first Pontiff to visit the Lutheran Church in Rome, where he took part in the Ecumenical “Liturgy of peace”. In 1999, on the eve of the 2000th anniversary of the birth of Christ, Catholics and Lutherans signed a joint Declaration that put an end to theological disputes over how a Christian is justified – only by faith or by faith and good deeds. John Paul II became the first Pope to visit on April 13, 1986. the main synagogue of Rome (this was the first visit of this kind in the history of Catholicism), where he met and prayed with the chief Rabbi Dr. Elio Toaf. And in November of the same year, the Pope delivered a speech to the participants of the Second international Judeo-Christian dialogue on “the meaning of salvation and redemption in the Jewish and Christian traditions”, in which he spoke about “mutual acquaintance with the respective heritage in the faith of each of us” and “about our ties… in our understanding of salvation.” In 1993, the Vatican took an important political step by establishing diplomatic relations with Israel, which had previously been recognized only de facto. As important theological conclusions followed from this confession, many scholars have assessed it as having revolutionary significance.

All this laid the Foundation for a new understanding of apologetics, designed to change the image of the papacy in the eyes of the world community, updating and fully incorporating it into the modern culture of tolerance and freedom [25].

Under John Paul II, a dialogue with Muslims was also initiated, which takes place both in the theoretical (doctrinal) and practical spheres. In practical terms, the Church “atonement for the sins of the Crusades and the Reconquista” began to assume the role of the messenger of Islam in Europe, taking the initiative or agreeing to the implementation of projects for the construction of mosques, as was the case, for example, in Lyon, Madrid and Rome. But if in this sphere the dialogue can develop without calling into question the main doctrinal positions of both religions, then in the sphere of theoretical search for a “new dimension of theology” it takes Catholicism so far that the line between philosophical systems begins to simply blur. Some sections of classical theology are rebuilt, Scripture is re-read, permitted the reading of the traditions of one culture in the light of other traditions that appear to be “competition” between Christianity and Islam, which should lead to a better understanding of the two traditions.

Although the revision of history also touched the papacy – the Pontiff recognized the errors of the Popes in the division of churches, in their statements regarding the rejection of religious freedom and modernism – he never allowed himself to touch the main cause of all deviations in the life of the Western Church – the position of the primacy of the Pope and the dogma of the infallibility of his doctrine ex cathedra. The apparent ambivalence in the behavior of the Vatican-the willingness to make concessions in matters relating to certain provisions of Christian doctrine (the Pope’s idea of” seeds of the Word”, which is allegedly contained in all religions), and the inflexibility in defending the rights of the Roman Pontiff-has become characteristic of the cooperation of the Catholic Church with the world Council of churches. Sending its representatives as “observers” to all Ecumenical assemblies, conferences and participating in joint prayers, the Catholic Church never joined the WCC. Cardinal Willebrans, Chairman of the Department of Christian unity at the Vatican, explained this in a letter to the General Secretary of the WCC on July 4, 1983: “the Roman Catholic Church, to a much greater extent than other churches, considers its structure of universal community and universal mission an essential element of its identity… The decision to join the world community of churches could be misinterpreted. from the position of power (authority) in the Roman Catholic Church and the ways of its implementation” [26].

Meanwhile, the main consequence of the Ecumenical “openness” of the Vatican was the further erosion of the religious consciousness of Europeans. With the transition to globalization, which turned the “welfare society” into “welfare for the chosen”, the usual way of life, established social ties began to break down, and with them began to break and previous ideas, and the very spiritual structure of the individual, as a result of which the process of erosion of traditional religious values took a threatening character. As cardinal Ratzinger stated before his election as Pope, “aggressive secularism threatens religious freedom in Europe by marginalizing the faithful. We have abandoned Christian culture in favor of aggressive secularism with intolerant features… The mention of God is very marginalised. In the political sphere, it seems almost obscene to talk about God, as if it violates the freedom of those who do not believe” [27]. Most significant in this regard was the fact that in the process of drafting the EU Constitution, European officials did not include a reference to the Christian roots of Europe, limiting themselves to the provision on the cultural, religious and humanistic heritage of Europe [28].

The weakening of the position of the Catholic Church is expressed in many indicators: this is a reduction in the number of its adherents, and a fall in the number of clergy. Religious values themselves are increasingly eroded, and knowledge of the fundamental foundations on which Christian faith is based is disappearing. As a result, Catholicism in Europe has lost the value of a force that determines the generally accepted norms of behavior and forms a social system of values. As John Paul II himself admitted, ” Jesus Christ seems to have disappeared from European life. European culture gives the impression of a kind of silent apostasy of intellectuals who live as if God did not exist.” In the context of the erosion of traditional concepts and values, their uncertainty, loss of understanding of the true norm, Europeans are becoming more and more exposed to the influence of alien religious cults, which behave very actively and aggressively. We are talking about both traditional Eastern and new pseudo-Eastern, pseudo-Christian, anti-Christian, neo-pagan teachings, most of which are occult in nature. They are characterized by interpenetration, mixing of traditions, that is, syncretism, which replaces a holistic, coherent worldview.

This means the transition of pluralism to another level, turning it into a “global religious market” or, as they now write, “a supermarket of spiritual goods”, in which free enterprise already penetrates into the sphere of salvation, offering everyone a choice of any religious or pseudo-religious idea. Left to himself, the layman as a consumer chooses what he likes, what is suitable, forming his own system of values. And here Christianity faces the strongest competition, because religion in this “market” is valued not from the point of view of the truth it stands for, but from the point of view of the spiritual and spiritual comfort that it provides. This is why occultism is most successful here, and the fascination with it is becoming widespread.

This is the result of the consistent application of the fundamental principle of modern European culture – the principle of freedom of conscience, understood as freedom of choice, which was promoted by the Catholic Church itself.

28. constitutionality of the European Union: a Treaty establishing a Constitution for Europe (with commentary). Moscow: INFRA-M, 2005. Pp. 93-94.