One of the most common terms in economic news releases is GDP — gross domestic product. By definition, GDP is the cost of all final services and goods that are produced for the year in the territory of the state, in all sectors of its economy for export, consumption and accumulation, with the help of factors of production of the state, regardless of the nationality of economic agents.

That is, in short — it is the cost of all goods produced and services rendered in the state during the year.

It is clear that GDP is measured in monetary units, usually in the national currency and us dollars.

where C is household expenditure, i.e. the value of all goods and services purchased by individuals.

I – Net investment, roughly speaking, is the cost of legal entities for the purchase of new equipment, etc.

Xn – net exports, that is (exports minus imports).

GDP is real and nominal

Nominal GDP is calculated in current prices, real GDP in prices of a particular year. This is done to eliminate the inflation factor when comparing the GDP of different years.

Real GDP shows better real growth (or lack thereof) of a country’s welfare. For example, the real (in 2008 prices) and nominal GDP of Russia in recent years. 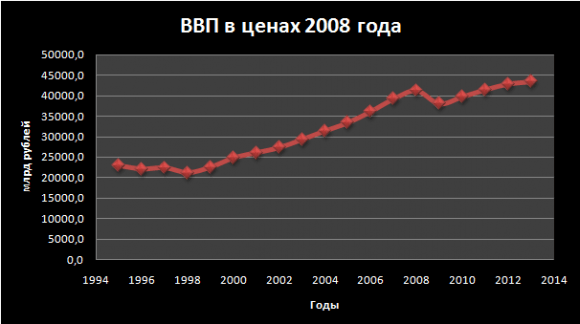 GDP at current prices or nominal GDP. As you can see, almost 70 trillion rubles. 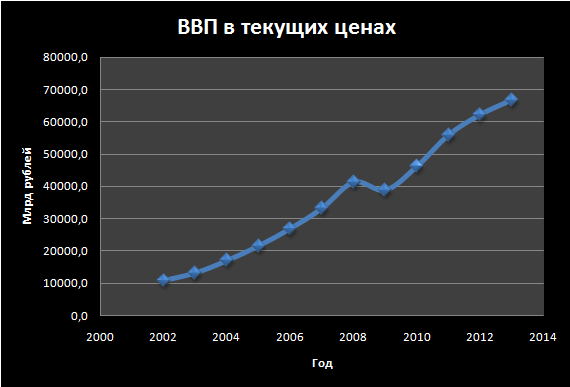 GDP in 2008 prices (real), that is, the data take into account inflation and adjust the value of GDP. As you can see, the growth is modest, but also present, that is, nominal GDP is growing faster than inflation.

It would seem that the change in GDP is an excellent indicator for understanding the state of the economy. GDP is growing, so people buy more, companies invest more, exports are growing, that is, life becomes better and more fun. In some cases, this is true.

However, this is not always the case

It happens that economists resort to all sorts of tricks to improve performance. For example, Italy wants to take into account in GDP the expenses of citizens for prostitutes and the purchase of drugs.  Hungarians take into account in their statistics the services of moths since 2009. The purpose of these manipulations is quite simple: according to the EU rules, it is impossible to have a budget deficit of more than 3% of GDP. The more GDP, the more money you can borrow.

Do not disdain such tricks and the United States, since 2013 in the calculation of GDP included the cost of research and development and royalties in the film industry. This allowed to increase the size of gross domestic product by 400 billion dollars.

In addition to tricks with the calculation of the indicator, there is a problem with the conclusions that can be drawn from the data on GDP growth. Here is a recent example from the U.S. census Bureau:

I would like to point out that the above facts do not mean that GDP is a completely bad indicator. That’s not so. GDP to some extent speaks to the state of Affairs in the economy. But in order to understand what is really happening in the country’s economy, or to compare the economies of different countries, it is not enough, additional indices and parameters are needed.