HOW PEKING IS PREPARING FOR A BIG WAR 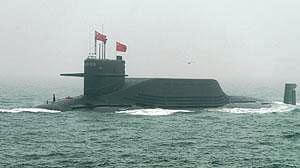 A 22-kiloton explosion near lake Lobnor, big plans and growing ambitions-exactly 55 years ago, on October 16, 1964, China tested its first atomic bomb. According to experts, today Beijing has 290 nuclear warheads at its disposal — this is the third Arsenal after the Russian and American ones.

Soviet specialists helped the Chinese develop nuclear weapons. From 1950 to 1960, China was visited by about ten thousand workers of the nuclear industry of the USSR. However, in the following years, relations between the two States deteriorated, and the Soviet Union curtailed the aid program.

Nevertheless, China quickly figured out what was what, and made an atomic bomb on their own. A year after the first ground test, the Chinese dropped the warhead from the plane, and in June 1967, they detonated a hydrogen bomb with a capacity of 3.3 megatons. Thus, China became the world’s fourth nuclear power after the USSR, the United States and England.

Today, Peking has a full-fledged “triad” – weapons of mass destruction, deployed on air, land and sea carriers. In may, the Pentagon published a report on the strategic potential and military development of China for 2019: according to these estimates, China has about 90 Intercontinental ballistic missiles — both mine (“Dongfeng-4” and “Dongfeng-5A”), and deployed on mobile chassis (“Dongfeng-31”, “Dongfeng-31A”), as well as the latest” Dongfeng-41 ” — they were first demonstrated at a military parade in Beijing on October 1.

In fact, the DF-41 is the most advanced weapon in the Arsenal of the 2nd artillery corps of the people’s liberation army (PLA). This solid-fuel Intercontinental ballistic missile throws from ten to 12 nuclear warheads individual guidance at a range of about 14 thousand kilometers. Thus, the DF-41 can be called one of the most long-range ICBMs in the world, capable of hitting targets throughout the continental United States.

According to Pentagon analysts, China’s nuclear Arsenal has grown significantly in recent years. As noted in early October, the American edition of Military Watch, the escalation of tensions between Peking and Washington is pushing China to create more effective systems for the delivery of weapons of mass destruction. 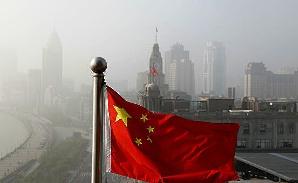 According to a report by the Military Balance of the International Institute for strategic studies (IISS), the Maritime component of China’s nuclear deterrent force is represented by four nuclear submarines of the Jin project (Type-094). Each of them carries 12 ballistic missiles of the type “Juilan-2” with a range of eight to nine thousand kilometers, created on the basis of land-based DF-31. In the media, there was information about the laying of the fifth and sixth nuclear-powered vessels, so that in the near future the number of SLBMs at the disposal of the Chinese Armed forces may increase to 72 units.

Now China is developing a new generation of strategic submarines “Type-096”, the construction of which is planned to be launched in the 2020s. Specially for them will create a new family of ballistic missiles “Juilan-3” with a range of up to 12 thousand kilometers and a dividing head part of the individual guidance. On June 2, 2019, US intelligence reported that the Chinese had successfully tested a new weapon in Bohaiwan Bay (the northwestern part of the Yellow sea).

In September 2016, Beijing officially confirmed the development of a new generation strategic bomber Xian H-20. This subsonic low-visibility aircraft will be built according to the “flying wing” scheme, as, for example, its American counterpart B-2. Range-at least eight thousand kilometers, the mass of the payload in the internal compartments – up to ten tons. According to us analysts, the H-20 will be ready to take wing after 2025.

It is assumed that the new aircraft will replace the troops aging fleet of strategic bombers H-6-licensed copies of the Soviet Tu-16. The PLA air force and Navy have 170 vehicles of this type in various versions. Depending on the modification, the H-6 can carry up to nine tons of bombs, including thermonuclear, air — to — surface and air-to-ship cruise missiles. Experts call the carrier of weapons of mass destruction, in particular, the latest version of the H-6K bomber, adopted in 2011. The PLA has about 90 such vehicles at its disposal. The range of these aircraft is three thousand kilometers.

The H-6K carries up to 12 tons of payload, including new CJ-10K cruise missiles that can be equipped with nuclear warheads. They reach speeds of up to 1,000 kilometers per hour and hit targets at a distance of up to 1,500 kilometers from the launch point. Thus, the PLA air force can strike at any object on the Korean Peninsula, and H-6K, based in the military district of the city of Guangzhou, can reach the American island of GUAM.

CHINA: WHY THE NEW CENTER OF THE WORLD DOES NOT NEED ANYONE

In addition, according to American experts, China has an impressive Arsenal of intermediate-range ballistic missiles “Dongfeng-26” – up to 80 units. They are able to throw a nuclear warhead at 3000-5500 kilometers. In non-nuclear equipment, these missiles can be used to destroy large surface ships, for which the Western press has nicknamed them “carrier killers”.

The most numerous is the Chinese Arsenal of medium-and short-range weapons. The first include four versions of the DF-21A, DF-21C, DF-21D and DF-21E missiles-about 150 launchers in total. China has no more than fifty carriers of DF-21A and DF-21E nuclear warheads. There are several hundred short-range missiles (DF-11, DF-15 and DF-16), but they cannot throw a nuclear warhead. According to experts, it is the presence of China’s impressive number of medium-and short-range missiles that caused the us to withdraw from the Treaty on the elimination of these types of weapons.

China is consistently upgrading its Arsenal

In particular, the parade in Beijing for the first time demonstrated a medium-range ballistic missile DF-17, designed to bring to the height of the hypersonic combat unit DF-ZF in nuclear or conventional equipment. This glider, which is similar in purpose to the Russian development “Avangard”, is able to accelerate to five Mach numbers and actively maneuver on the trajectory, which makes it difficult to intercept missile defense systems.