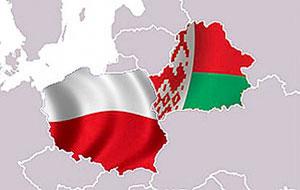 The last five years of the Belarusian domestic policy are characterized by a unique feature – full solidarity of the authorities, anti-Russian organizations of nationalists and Western funds. They speak the same language and promote a common agenda. In the last couple of years, they’ve been attending the same events, tweeting, and Facebook.

As soon as Lukashenko started talking about clearing the information field of the country, the Polish think tank Eurasian States in Transition (EAST) proposed seven measures, which fully coincide with what the President proposed and what the officials picked up.

EAST acts as a gasket to make censorship for Western organizations (and for Russia) look not as an initiative of the authoritarian regime (a formal ally of the Russian Federation), but as the activities of civil society (supposedly the opposition).

1. To clean up television from the predominance of Russian content, to make mandatory 30% of channels without Russian participation, to allow channels of anti — Russian States to enter the country-it has been done for a long time, if you clean up even more, then there will be nothing Russian there at all, and it is written immediately after the start of broadcasting of anti-Russian channels of Ukraine and Kazakhstan.

2. To remove the Russian news block is still zero and increased after the Godfather and the Dad.

3. Censoring Russian content from dubious content, by which Belarusian nationalists understand both mysticism with Ren-TV, and any Patriotic programs about the Russian army and politics — again, censorship of Russian channels is increasing every year, there is nothing new.

4. To continue to clean the Belarusian TV from the Russian language, to promote movu, vyshyvanka, Latin, churches-has been done for a long time and not only through TV, with complete disregard for the fact that Belarus is a Russian-speaking country, and movu children first learn at school, like English, German or Chinese.

5. To facilitate the registration of non-state media and websites, to make it even easier for Belarus to receive resources related to Poland, the Czech Republic, Britain and the United States — since 2014 they have already appeared and are successfully gaining an audience, there are no Pro-Russian Belarusian websites.

6. Training course “anti-Russian fakes” and misinformation of the Kremlin on the model of Germany, France, the Baltic countries, nachna from schools and ending with the officials — for this purpose in schools was introduced the subject of STEP (a school of active citizen), where it promoted the nationalist interpretation of events, but Belarusian officials have long been instructed to stay away from the Russian colleagues.

7. Dialogue with independent journalists (with ties to Britain and the United States), the creation of A public coordination Council in the field of mass information — Lukashenka has just taken initiatives on new control and evaluation bodies for the media, and anti-Russian journalists and officials have been closely communicating for a long time.

This Polish-Belarusian plan involves Stripping the Belarusian information field from Russia and has already been implemented by about 50%. Next will be the integration of the Belarusian media in the NATO information force and the swing of Russia through the left forces and liberals through various channels.

EAST was created as a “response to Russia’s interference in the us and Eastern European elections” and has ties to prominent figures of the Democratic party. The staff of the EAST often appear in the Belarusian media, allegedly by the opposition naviny.by, radio Svaboda tut.by before the newspaper of Lukashenka’s administration “SB Belarus today”.
Outside Belarus, they appear in the Polish, Lithuanian, Ukrainian, Estonian media as experts in the fight against Russian influence.