SAVE THE PLANET, SAVING WATER IN THE TOILET WILL NOT WORK… 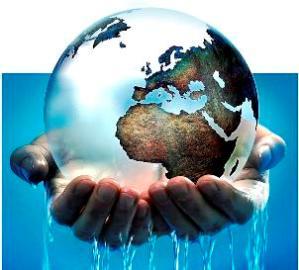 Are forests so important in the production of oxygen?

In fact, land plants in the process of photosynthesis produce oxygen about as much as then consume themselves.

Most of the O2 is produced by microscopic ocean algae-phytoplankton, which produces ten times more oxygen than it needs.

Another source is the dissociation of water molecules under the action of solar radiation.

So even if all the forests disappear from the surface of the planet, the oxygen content in the atmosphere will not be affected. After all, once the forests on Earth had oxygen, even more than now.

The forest is very important for cleaning the air from dust, saturating it with phytoncides — substances of antimicrobial action. Forests provide shelter and food to many animals and birds, give people aesthetic pleasure. But to call them “green lungs” is at least illiterate.

Will the individual contribute to improving the environment by planting a tree on his own?

I am not at all against planting trees: no matter how useless this case is on a global scale, but it is noble and at the local level really improves the environment.

But this is nothing more than a good deed.

Planting trees will not help against carbon dioxide emissions, because all the gas absorbed by the trees returns to the atmosphere in the autumn, with the rotting of leaves and fallen branches, and then, after the death of the tree — with the oxidation of the main trunk.

That is, planting trees in the best case will leave the content of oxygen and carbon dioxide in the atmosphere at the same levels. Or, on the contrary, increase the amount of CO2-it depends on what species of trees and in what climatic zones to plant.

Do you benefit from resource savings and re-use of materials?

Here there is a conflict: for whom does society save water, electricity and fossil fuels if the Executive and corporations dispose of the surplus?

After all, from the fact that we have saved the resources of public utilities, nature has not become easier, except that our bill for housing has decreased. Reduced the consumption of tap water – gave the opportunity to developers to put another house. Because before the water supply network could not pull it out, but the tenants were pogulis.

Energy-saving methods also do not entail a reduction in electricity generation, and this is a real contribution to environmental protection.

Half of the electricity of the Leningrad region is supplied by the nuclear power plant. Do you think it will be closed if the requests are reduced? Rather, a number of supply” for the consumption of excess energy ” aluminum plant.

No matter how much waste paper we hand over, deforestation will not decrease. And trees will go if not on paper, so on pellets.

Perhaps only the secondary use of metals really serves the cause of nature protection, reducing the primary extraction of ore.

Is it difficult to find alternative energy sources?

Today, as an alternative source of heating in the world are widely used heat pumps using the natural heat of the earth’s interior. This is a good solution for a detached house, which is supplied with electricity. If we need to heat the whole village, you can use the deeper layers of the Earth to produce heat.

For the Leningrad region, a potential source of energy is the growing cow parsnip, for the processing of which Russian scientists have already received a patent. The plant contains an average of 24% sugars, which is comparable to sugar cane, which has long been used in Brazil for the manufacture of motor fuel.

For boiler rooms, except peat, can approach and fuel chips, and wood pellets, however, they are quite expensive. Now in the Kingisepp district of the Leningrad region, installations for the production of bio-coal from the felling residues and the same cow parsnip are being created.

Solar and wind energy in our region are already used to illuminate bus stops.

One of the promising sources of energy can be biogas, formed during the decomposition of solid waste. Unlike solid waste incineration technologies, biogas production and use is an environmentally safe technology.

Do electric cars cause less damage to the environment?

This is absolutely not the case. At the stage of production of one electric vehicle, the same amount of electricity is consumed as is released when burning 10 thousand liters of gasoline. This amount of fuel an ordinary car of the middle class consumes in its entire life. Further, batteries for electric vehicles are expensive and poisonous, most of them can not serve more than five years. Of course, they can be recycled, and Yes, the electric car does not emit CO2, but it does thermal power plants that supply electric energy.

It turns out that electric cars run on the same energy from the burned fossil fuel as the usual cars. For electric cars to really become “clean”, they must receive energy from” clean ” sources. At the current stage of development of science and technology is definitely impossible.

What is actually the environmental damage from vehicles?

It is believed that cars are guilty of air pollution in large cities by at least 80%.
But these numbers are completely wrong. The statistics do not take into account emissions from domestic sources — for example, gas stoves responsible for the emission of 21% of carbon monoxide and 3% of nitrogen oxides.

Carbon dioxide emissions from “biological sources” — humans, their Pets, and trees-are also ignored. In addition, we forget that humanity is responsible for only 25% of air pollution.

The remaining 75% is due to natural causes, such as volcanic eruptions, dust storms, forest fires, dust of cosmic origin, etc.thus, the exhaust gases of cars — not the biggest threat to the atmosphere.

Is it Difficult to organize separate garbage collection at the Federal level?

Separate collection is a good method of waste preparation for recycling, but now it is applicable only in low — rise suburbs, where the “middle class”lives. On one communal kitchen on eight families you won’t sort garbage. From the fifteenth floor with different packages in the yard will not run, it’s easier all together in the garbage disposal to pull. But the problem here is not this: it is necessary to begin to dispose of garbage with the creation of enterprises for the processing of secondary raw materials, and not with the purchase of multi-colored containers for selective waste collection. What’s the point if one garbage truck comes to pick up the contents?

Does global warming Occur and how much is the person to blame?

Some researchers have come to the conclusion that in a couple of decades the Kingdom of ice will come. Periods of warming on Earth naturally alternate periods of cooling times ten longer. And the current period of warming, contrary to the common stereotype, is already at an end.

The planet’s climate is changing, but man is not involved.

The so-called scientific underpinnings of the theory of global warming cannot stand the test of common sense. In the alleged events blamed carbon dioxide emissions from sources created by man.

But the annual release of carbon dioxide from the world ocean is 100 times more than anthropogenic.
Who benefits from the spread of myths about”anthropogenic causes of warming”?

I think those to whom these myths help to retain power.

Those who thus inspire the masses to believe that their governments can govern literally everything. After all, if a climate disaster is caused by people-then, then, in their power to prevent it.

But in reality, all our attempts to change the habits of the planet look pathetic and futile.

So even the adoption of a common environmental policy by all States will not be beneficial?

Hardly such a Union can ever happen, because ecologically important decisions, as a rule, hit economic interests. But it must be based on facts, not on misconceptions. Now we hear, for example, that the melting of sea ice will lead to an increase in the level of the world’s oceans — and this, let me remind you, is a denial of Archimedes ‘ law. As long as humanity is possessed by stereotypes, it is even more powerless than it really is.

It Turns out that man absolutely can not help nature?

Don’t get pessimistic. Yes, to fight the inevitability of stupid, and save the planet, saving water in the toilet, will not work. But there are a lot of things we can do based on our own understanding of good deeds. You can plant a tree in your garden or work in a shelter for homeless animals, feed the birds in the Park in winter. It is the inability to remedy the situation in a global sense that tells us to act in good faith. Besides, there’s nothing left for us to do.

Will not the awareness of his powerlessness be an excuse to stop any attempts to improve the world around and become selfish?

You know, there are people who, as a teenager, realize the inevitability of death and decide that they will die young. But there aren’t many, are there? So here. If you can not save humanity, start with yourself-just try to live by conscience.