THE DECLINE OF THE ERA OF SWIFT 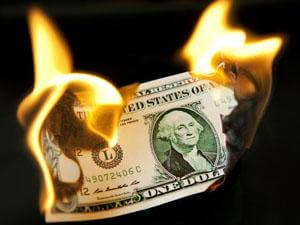 “…A number of (Russian) banks are already connected to CIPS (Chinese International Payment System — Chinese international payment system — ed.), which makes it easier to route payments.” This was stated during the international Russian-Chinese forum Vladimir Shapovalov, head of the unit for work with foreign regulators in the Department of international cooperation of the Central Bank of Russia.

Certainly, these decisions are associated with the threat of new sanctions from the United States, although there is certainly an obvious economic benefit. And from the point of view of the perspective, voiced by the steps of the national financial institutions are timely.

As you know, for a very long time the actual monopolist for cross-border transactions (international money transfers and other financial transactions) used by banks in all parts of the Globe was the SWIFT platform. Although it was established under Belgian law, it has been de facto controlled by the us Department of State since 2011. And, strictly in the interests of Washington, despite the timid protests of the operator.

The realization that even the EU, a seemingly loyal ally of the US, may be under the hood of the overseas fed, forced Europe to create its own interbank SEPA system in 2008, which within the Eurozone makes payments in euros without restrictions. But as time has shown, SEPA has not become an alternative to the SWIFT platform, which is sharpened primarily on the “his Majesty dollar”, although it supports other currencies.

With all this, the old woman-Europe reflexively politically in solidarity with America within the framework of Western unity, which, of course, pushed Russia towards the CIPS payment platform, which is already called the Chinese SWIFT.

Nevertheless, the position of the us currency compared to the yuan is still very strong, despite the fact that China is the absolute leader in the production and sales of goods. This is evidenced by the surplus of the PRC’s trade account, which, according to the world Bank, in 2018 is estimated at $ 351.76 billion And in the US, on the contrary, a huge deficit is recorded — $ 891.3 billion, which, despite the efforts of President trump last year increased by almost 13%.

In turn, the additional money allowed the People’s Bank of China to allocate CIPS almost unlimited limit, which was used by the operator of the payment platform, providing its customers with direct access to Finance, while SWIFT always refers to correspondent banks. Plus, the service in CIPS became round-the-clock, which also increased the attractiveness of the system.

In 2018, the CIPS system processed daily 5388 transactions for 89,391 billion yuan or about $ 13 billion, And although at the end of this year there may be a two-digit growth, still compared to the volume of SWIFT, of course, a little. The Belgian-American platform conducts financial transactions every 24 hours for a total of up to $ 6 trillion. On the other hand, the lion’s share of these transactions is mainly the conversion of the yuan and the Euro to the dollar, and then — on the contrary, from the dollar to the same yuan and Euro. Yes, there are processed and other currencies, but they clearly “do not make the weather.”

Thus, in the global economy there is a commodity-money alogism

It is also clear that the Americans will not be able to parasitize indefinitely on the peg of the yuan, secured by material value, to the dollar, the real value of which is much lower. Sooner or later, the Chinese will be able to escape from the Washington trap.

The first steps have already been taken: importers and retail chains see for themselves more and more benefits in purchasing “Made in China” products through the CIPS system for yuan. Moreover, transactions can be made even in case of liquidity shortage. In particular, it is for this reason that Japan joined the Chinese payment system.

Yes, while the exchange rate of the national currency against the dollar is taken as a basis for mutual settlements, but it will also be possible in the future. Various mechanisms for determining the price, including the use of the gold equivalent, are proposed.

In other words, today a new reality is emerging, which in a few years can radically change the picture of the world. In this regard, the accession of a number of Russian banks to CIPS has forced other participants in the international payments market to respond more actively to the opening prospects, the Ethereum World News (EWN), specializing in the subject of online services based on the blockchain*, and “smart contacts” on the Internet, notes.

Given that the US authorities too often grab the sanction baton, many manufacturing and commercial companies are looking for an alternative to the Belgian-American platform in the crypto-blockchain space, EWN writes. As a result, Ripple’s leading cryptocurrency platform for payment systems, focused on currency exchange operations, breathes in the back of SWIFT.

According to Cory Johnson, former chief marketing officer of Ripple Inc, the main goal of his company is to oust SWIFT and become the dominant transactional system in the world. Johnson also noted that while there are already companies using both Ripple and SWIFT today, they end up preferring an option that provides them with faster transactions at less cost. Plus, these translations are not under the control of Washington.

For information: in the autumn of 2017, Ripple Inc reported that the American Express operator intends to use the Ripple Protocol for payments between the US and Britain. A similar intention was announced by the largest Bank in Saudi Arabia — Arab National Bank. No one wants to get a ticket from uncle Sam, who likes to count money in other people’s pockets.

Brad Garlinghouse, CEO of Ripple Inc, shared with Bloomberg that in 2018, more than a hundred banks connected to SWIFT, including Spanish Bank Santander, have already switched to Ripple software.

If the SWIFT system is toppled by the Ripple platform, it could signal the end of the dollar era. And then the Chinese yuan will become the world currency number one, and CIPS will rightfully take its place as a cross-border payment platform, Ethereum World News concludes. And this event will happen, with a high degree of probability, until the end of 2030, with the first devaluation of the us currency may begin earlier — about 7-10 years.