A whole series of scandals over the rights of various minorities and the “struggle for diversity” has occurred recently in the West. However, on closer inspection, it is easy to see that their organizers are not concerned with moral problems at all. They are much more interested in a simple skin interest – and all because the famous American dream has stopped working.

The decision of the investment Bank Goldman Sachs to refuse to conduct IPOs to companies with only “white men” on the Board of Directors made a lot of noise. The statement of David Solomon, CEO of the legendary Bank, was one of the most striking statements at the forum in Davos.

It seemed that only cold calculation ruled the world of bankers. However, the policy of multicultural “diversity” with its emotions and sentimentalities has crept in here as well. From now on, Goldman Sachs will only accompany IPOs of startups that have women, non-white people, and people of non-traditional sexual orientation on their Board of Directors.

The initiative of the banker – and part-time famous DJ-was criticized even by his politically correct colleagues. “How can you hope that you will be taken seriously if it is clear that you got on the Board of Directors not because of your experience, but simply because of a quota? American investment banker Carol Roth asks. “Goldman Sachs sets a good goal, but tries to achieve it with bad means.”

Obviously, in reality, startups that want to work with Goldman Sachs will find many ways to formally fulfill this strange requirement. It is not difficult to imagine how Board members will negotiate (or play with matches) before entering the IPO: who will portray an oppressed national minority, and who will represent a person of non – traditional orientation.

More important in Solomon’s statement, however, are the exceptions to the “support for diversity” program that he noted in passing. The “diversification” rule for boards of Directors does not apply to companies from Asia and South America. It will only apply to American and European startups.

Human rights activists from countries not covered by the Bank’s initiative were genuinely outraged. According to their calculations, in Chinese, Japanese, and Indian companies, women are even worse represented in management than in African firms. “They just have to include Asia in their program, “says fern Ngai, CEO of Hong Kong – based Business community, which advocates inclusivity in company management.

However, Goldman Sachs ‘ calculations are quite different

THE POWER OF BANKS IS STRONGER THAN THE LEGISLATIVE, JUDICIAL AND EXECUTIVE

In words, progressive bankers are voicing figures that show that the inclusion of women and racially correct citizens on boards of Directors increases the company’s profits. In practice, they expand cooperation with Asian and South American companies that practice a defiantly traditional approach to business. These firms – contrary to all the rules of political correctness-achieve real profit growth and become the dream of any investor.

In Patriarchal China, Goldman Sachs is working with Xiaomi Corp. Meituan and Dianping. There are no women on the boards of Directors of these corporations. The Bank also actively cooperates with Indian companies – the largest of them is the Lakshmi Mittal Corporation ArcelorMittal. Historically, in India, between 80 and 90% of companies are family businesses. If women appear in their management, they are usually the daughters or granddaughters of the firm’s founder. There is no question of equality of opportunity.

Even worse for fans of diversity is the situation in South America, where a boom in start-UPS has begun in recent years, especially in the field of financial technology. The fact is that more than half of the inhabitants of this part of the world still do not use banking services, preferring to pay in the old – fashioned way-in cash. Young and ambitious startups are trying to create mobile apps and offer banking services in the middle of nowhere in Argentina and Brazil. Over the past year, the number of startups in this area alone has exceeded a thousand.

However, among all these companies, only the Brazilian Nubank can boast of having a woman in the management. Founders of other startups are forced to start their business in an atmosphere of fierce competition, often facing attacks by criminal authorities and racketeering. Banal security requirements do not allow women to be included in the management of such companies. However, these brave enterprises are able to achieve a serious profit – if they survive, of course. Therefore, Goldman Sachs is actively expanding its presence in South America-despite the Patriarchal backwardness and obvious sexism of local businessmen. 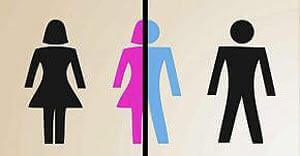 GENDER GENESIS OF EUROPE AT THE TURN OF XX-XXI CENTURIE

Solomon’s statement in Davos, therefore, was a signal to American and European startups that there is no money for them and will not be yet. The Bank is forced to concentrate on working with Asian and South American companies, because only in these regions of the world there is some economic growth, and start-up firms have a real chance of promotion. The deafly stagnating economy of the West, huge taxes and constantly decreasing demand do not provide such opportunities. 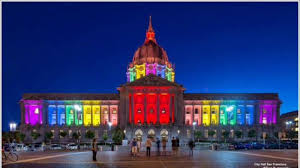 At the end of the last quarter of 2019, Goldman Sachs ‘ profit declined by almost a quarter. In this situation, it is natural to switch from the unpromising West to developing countries, even if they have not yet matured to the idea of inviting transgender people to the boards of Directors. More and more often, the rhetoric about the need for diversification and multiculturalism hides the sad truth that the state of Affairs as a whole is getting worse and no prospects are visible.

In January, when the Oscar nominations were announced, a traditional dispute about the underrepresentation of minorities at the film awards broke out in the United States. Resurfaced in the social media hashtag “pure white Oscar”, appeared again on duty conviction that among the producers were no women, there was complaints that the black actors are doomed to play the role of “slaves, servants and nannies”, causing the audience such a politically incorrect sense as “white pity”.

However, even the most ardent fighters for minority rights, it is obvious that the famous film award is just rapidly going out of fashion. Fewer viewers are watching the Oscar broadcast. The role of the host of the ceremony has ceased to be a dream for actors. This year, so many people refused it that the ceremony will have to be held without a host. And all the cries about diversity and “white pity” just slightly mask the fact that another monument to former American cultural hegemony is collapsing before our eyes. The only consolation for witnesses of this collapse is the struggle for the rights of various minorities. This is what their entire cultural life is gradually reduced to.

Over the past half-century, under pressure from the left-wing establishment and deteriorating economic conditions, the American dream has been reborn as its opposite.

Previously, every citizen of the United States believed in the opportunity for everyone to rise, get rich, and succeed. Now individual success is completely replaced by class success. If you were born into the right family, belonging to one percent of the richest people in the country, you will have a brilliant career, wealth and happiness. If you belong to 99 percent of the population, the path to the top is almost closed.

Therefore, the American dream was replaced by the equalization of political correctness

Now all dreams of making it to the top are associated with belonging to an oppressed minority – or better yet, several at once. The chances are slim, of course. However, active participation in the cultural wars against the white Patriarchy gives the lumpenized intelligentsia at least some outlet. It’s especially nice to harass a live classic based on the fact that he is an “old white man.”

On the eve of the Oscars, the author of the best American novels of the last half-century, Stephen king, was handed out, incautiously saying on Twitter that he “never considered “diversity” in matters of art, only quality.” King was hastily shamed by feminists, LGBT activists and representatives of colored minorities, and his antics were condemned by Newspapers and TV channels.

King did not help even the fact that he has been actively flirting with rapidly radicalizing Hollywood political correctness in recent years – the writer enthusiastically agreed to the film adaptation of “the Dark tower” with a black Idris Elba in the lead role, without problems approved the gay love line in the film adaptation of “It”. But one simple consideration of the author that films for the “Oscar” should be selected by quality, and not by gender or race of the Director, caused a storm of indignation in social networks.

As king apologizes to fans, it is becoming increasingly clear that the virtual struggle for minority rights in the West is masked by a complete lack of equal opportunities for people in real life. And there are no exits from this stagnation – cultural, economic, social – at all. It is unpleasant to realize this. You have to hide your fear and frustration behind more and more vivid phrases and more and more wild ideas about multicultural “diversity”.