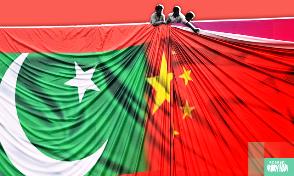 At first glance, the speech of the Chinese Ambassador to the chamber of Commerce in Lahore Pakistan looks like a working moment. Jan 10, nuclear weapons In a few criticized the trade policy of Pakistan. Answering journalists ‘ questions about the reasons for China’s transfer of its production to India and Cambodia instead of friendly and partner Pakistan, he noted that the problem is too high taxes and customs duties. If Islamabad had lowered them, things would have gone very differently.

However, on closer examination, the event highlighted two extremely important points. First, such a direct formulation is usually not peculiar to Chinese diplomacy. The culture of the middle Kingdom, as well as traditions, especially business, and especially public and official communication in Pakistan are based on allegories, hints and very soft streamlined formulations. To clear specifics it comes only when very much pressed. Secondly, it turned out that some key indicators of the strategic project “Belt and Road” do not stand the test of practice.

And not even because China is very large and rich. As one of the poorest countries in the region, Pakistan had been seeking economic growth for many years. In the life of their choice are usually small. It is possible to develop only at the expense of market capacity, internal or external. For beginners, the internal volumes are usually small and do not allow to start rapidly.

All successful projects of the past years, from Japan and South Korea to Western Europe, Malaysia, Singapore and even China itself, were implemented in the same way. At the heart of success lies the opening of access to the rich domestic consumer market of some of the grants, plus their investment in the development of local industries.

Plants are built on investments, the products of which are sold profitably on the foreign market, providing an opportunity for themselves to spread caviar on sandwiches, and return the money invested, and improve the economic way of life, and raise the prosperity of their own population, thereby expanding domestic demand, increasing the pace of economic growth.

For a number of reasons, Islamabad was seriously late for the start

European and American markets were overcrowded. Of all the options, only China remained, also demonstrating a desire to “be friends with houses” and give money “without political conditions”, which strongly distinguished its investments from Western ones, always associated with serious interference in internal Affairs.

This is how the China-Pakistan economic corridor (CPEC) project, which is part of the global Belt and Road plan, emerged. Beijing announced its readiness to invest 62 billion dollars, which for a country with its own GDP for 2012 in 214 billion looked fantastic. And it would be fine if the money itself, the calculations promised not just new roads, bridges and expansion of ports, there was an opportunity to raise the rate of economic growth from the then 4.5−5 to 8-9% per year. The difference in” three percentage points ” provided additional income, which allowed to repay loans while maintaining the process of economic development.

More accurately, must was provide, but, as it turned out, not secured. At the moment, Chinese companies have already invested about 55 billion dollars. The flagship of the cooperation is Gwadar port (the opening ceremony took place in 2016) and the first in Pakistan orange line metro line in Lahore, which is scheduled to open in March 2019.

This is not counting a few power plants, Railways and highways, bridges, water treatment plants and other infrastructure. All this is excellent, but the growth of the promised additional “three percentage points” has not led.

China has built only the transport infrastructure, for which the capacity of the domestic Pakistan economy was absolutely insufficient. Yes, in General, this was not planned. According to the CPEC, the flow of Chinese goods to Europe and Africa was supposed to flow, but by now the external conditions have changed greatly in relation to how they looked in 2002-2004, when the idea of a “Belt and Road” was just being formed.

The closure of the us market and sanctions have significantly lowered demand in Europe, and even forced the celestial Empire on the move to adjust the project in the direction of construction, especially of the Asian economic space, and at a much higher rate. According to the initial plan, this stage was not to begin until 2030.

Judging by what is happening, in the project “Belt and Road” there was a serious misalignment, the consequences of which are beginning to appear publicly now. Instead of the growth of mutual trade and export revenues, Pakistan and China began to increase the trade deficit. More precisely, the foreign trade deficit as a whole, 2/3 of which are in China.

At the same time, the external debt of Islamabad reached 33.1 billion dollars, 57.4% of which is also accounted for by China. Already in 2015, the government of the country gave the company China Overseas Port Holding for rent for 43 years, not only the port of Gwadar, but the right to create a free economic zone around it. Under the agreement, Beijing takes 91% of all revenues of the port and 85% of the revenues of the “free zone”. The press mentions a number of similar, in fact, transactions “to repay the debt” for other key objects.

However, this is not something out of the ordinary. Similarly, for debts Beijing took Sri Lanka they also built the Hambantota port. 99-year lease. With the right to deduct in their favor almost all revenue from economic activities. At the same time, out of 48.3 billion dollars of the “Chinese” debt of Sri Lanka, the agreement “closed” only 1.1 billion.

As a result of these processes, Pakistan is at an impasse. Instead of increasing revenues, participation in the CPEC turns on the contrary to their reduction and growth of debt. Yes, actually loans Red dragon provides very cheap, much lower than the world market, but it allows them to invest only in infrastructure facilities under local government guarantees. For example, a loan for the construction of a power plant costs 3.7−4.3% per annum, but at the same time the government of Pakistan guarantees the investor a subsequent income of 34% per annum for 30 years. There was a situation that has no easy way out.

On the one hand, China is eager to invest at least another 12 “planned” billion dollars in the Pakistani economy, and, according to some reports, more (up to 20-24 billion), but it can not, because there is nowhere. In this small country, all serious and profitable already “Spud”. The potential for increasing food production for export to China is small. No, the demand for it is huge, but the problem lies in the lack of fertile soils and even greater lack of water for irrigation. If the second is still somehow possible to solve, the first-no. The Chinese need, first of all, cheap food, because the Israeli technology of vertical hydroponic farms does not suit them.

On the other hand, the authorities of Islamabad see how the investor’s gold is turning into shards, and begin to gradually limit the areas of access, demanding new factories instead of new roads. And once with a high amount of contributions to the Treasury from their activities. Why else? China is not interested in such conditions due to the presence of significantly more profitable (read — cheap) alternatives in the form of Cambodia and India. Here, by the way, the Indo-Pakistani confrontation is in the hands of Beijing. To circumvent the main regional enemy, new Delhi agrees to rather sweet conditions.

It came to the point that the government of Pakistan was forced to start negotiations on a stabilization loan with the IMF. It appealed to China too. Moreover, it even received $ 3 billion, but not in the form of a grant and not under the standard for the IMF 2.7−3.5%, but at an average commercial rate. Without any discounts on strategic partnership.

It’s not because Islamabad as something special framed or China somehow uniquely greedy. All easier and more cynical. The accumulated discrepancies between the plan and reality is already significantly beyond the possibilities of purely tactical tools. There comes a moment of truth with a test of strength of the whole concept of the project “Belt and Road”.

It was originally intended to invest a lot of money in improving logistics and improving the efficiency of transport channels to key markets in Europe and America, while significantly reducing the cost of delivery of goods and receiving raw materials. Related “roadside businesses” in transit countries were mentioned and even estimated in the discussions, but they were not of key importance in the framework of the strategic idea as a whole. They were just a nice added bonus, increasing the attractiveness of the project for local governments. The main income was planned from servicing transit flows.

In theory, everything had to work normally

The formation of the infrastructure provided for the loading of Chinese industry now, and transit revenues became not only a very long-term (at least until the last quarter of this century, and even before the next) external source of financial well-being of China, but also created the preconditions for obtaining new infrastructure orders.

Further, as once in Japan, South Korea, Singapore, Taiwan, the rapid growth of the middle class in transit countries, caused by this powerful expansion of the capacity of domestic markets, the further growth of demand for everything (including houses, roads and other benefits of civilization) and all this is completely confined to the industrial and financial block of China. Asia is turning into a new economic center of the world, and China is becoming the only center and unconditional hegemon in Asia.

But now it becomes clear that this is the way “to everyone’s joy” the process can not go. A major review of the strategy is required. Asia is already beginning to tear from the apparent overabundance of Chinese money. The territory and population it is large, but the actual purchasing power and scale of its economy is inferior to the Red dragon by orders of magnitude. Almost like a cat to an elephant. If the “Belt and Road” project continues in its current form, then within 3-5 years the potential for development will be simply chosen, Chinese investment from the development tool will inevitably turn into shackles of colonization.

And though China Civilization and ancient as the history of mammoths, but of experience in the construction of the colonies and control them from China is not quite the word. While the experience of the twentieth century clearly proves that with due perseverance and a high degree of economic exploitation by the metropolis, the colonies successfully impose on it the war of independence, which the metropolis consistently loses with serious losses for itself.

What is happening with Pakistan is an important bell indicating an increase in the risk of changing the attitude of neighbors to Beijing from friendly to negative. War, of course, will not go, but to start “expel investors” are quite capable. But whether the Chinese leadership, and most importantly-will be able to “protect investment” for decades to fight with the guerrillas, for example, in the jungle of Borneo — the question is more than interesting.

So there is every reason to expect serious changes in the Chinese strategy of the “Belt and Road”. However, to predict what they will be, today is impossible. But they will be for sure, as Beijing simply has no other option.